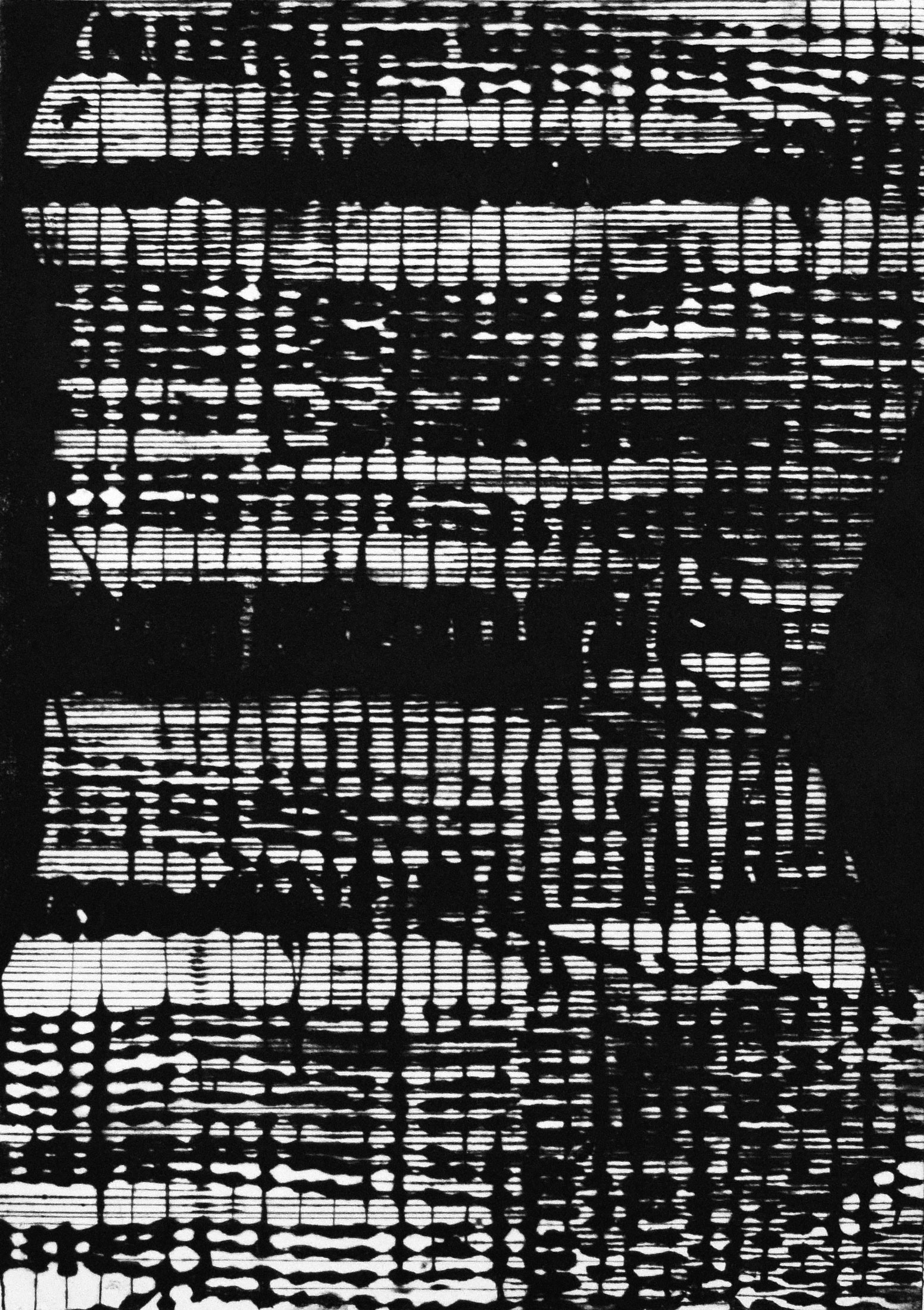 Back to Space and Place

This performance poem is an attempt to capture narratives of queerness through childhood, adolescence, and early adulthood as experienced by the authors as bisexual/queer (cis)women. Both authors’ experiences of sexuality were constrained and erased by both hetero- and homo-normative social narratives. The poem therefore represents our grasping at language to describe ways of experiencing, doing, and exploring sexuality that challenge and disrupt these normativities. Produced through individual and collaborative writing, this poem is a dialogue between two experiences of queerness, comprising points of both similarity and contrast. Through the temporal disruptions and dislocations of queer time, we trace the non-linearity of exploring and connecting with sexuality as it unfolds through and shapes our everyday experiences. In speaking and giving language to these bisexual/queer experiences, we seek to redress the symbolic violence of being silenced, dismissed, and excluded from the mono-normative every day.

I’m fifteen and I’m sitting on the kitchen floor
talking to my Mum while she prepares the dinner.

I’ve seen a news story about bisexual people and
I’m disgusted because Mum, don’t you know?
It’s okay to be gay, but it’s not okay to not decide.

She nods along, lacking the language to challenge
my ideas that aren’t mine at all.

I’m fifteen and I’m at a sleepover.

We all decide to make out, for fun or something.

I can tell that it’s different for me.

It’s not a joke or weird,
and I can’t stop thinking about kissing one of my best friends.

if a woman enjoys being penetrated, she can’t be gay.

if a woman enjoys being penetrated, she can’t be gay.

I’m twenty, three months later, and I’m breaking up with him.

I’m eight, ten, thirteen,
and the women in my family joke that the odds are,
I’ll turn out gay.

Two of my mum’s sisters are lesbians
and I love having a million aunties, but I don’t know if that’s me.

It makes me uncomfortable every time.

I’m eight, six, nine, four, seven
and the adults in my life joke about what kind of man I should marry
and maybe I’ll end up with the son of one of my uncle’s friends.

That son’s got a sister but that doesn’t matter.

I’m twenty five, lying in bed with my boyfriend,
and my best friend is next door with her boyfriend.

I can hear them fucking and she’s making these noises and I can’t sleep
and my heart is breaking because I want so badly for that to be me.

I don’t know how to look at these pieces of people
except the way that men stare at mine.

I’m eighteen and every time I go clubbing with my favourite friend we kiss.

To make ourselves more attractive to the boys around us and it works.

I’m nineteen, at a bar,
and I walk up to the cutest girl I’ve ever seen and ask her to dance.

I don’t know what to do because I have a boyfriend.

I don’t know what to do because I have a boyfriend.

She rings me sometimes, and we go out for a drink.

She kisses my neck, one time, and I’m a firework, bursting.

I’m nineteen and that same friend from before
is telling me to stop being so silly.

She won’t kiss me for fun anymore.

We stop being friends even though
that’s all I was ever interested in.

I’m twenty six and Pride is on again
and it looks like a party I’m not invited to.

I’m twenty six and still don’t feel like I’ve got this down,
I’m not doing it right

but I want them to,

but I want them to,

not feel so comfortable in assuming

not feel so comfortable in assuming

that he is for sure the right pronoun to use
when asking about my partner.

I’m twenty one and my boyfriend of six years has just moved out
because I cheated on him with a woman.

I tell my aunties and they’re so happy,
they cheer and open a bottle of bubbles.

I don’t know how to tell them that this isn’t
a coming out story.

from the bus stop back to my front door,
coming home from some version of a first date.

and I’ve found the fullest most honest version of myself yet.

I’m twenty one and everyone knows by now why he moved out.

Most of our friends say

it doesn’t count as cheating if it’s with another girl.

it doesn’t count as cheating if it’s with another girl.

I’m six years old, under the covers with my best friend,
and we’re playing at sex just like on the telly.

Tongues in mouths and it’s warm between my legs.

I’m eleven or twelve and I’m at a sleepover.

I’ve just started learning what my body can do
and I know that I like three of the boys in my class.

So I can’t understand why my body is burning
to reach over and touch just the hair of the girl next to me.
I don’t, and I go to sleep.

I’m at the marriage equality rally.

This is the first time I’ve used ‘queer’ out loud to describe myself.

This poem, written to be performed, represents the authors’ attempt to capture different narratives of queerness as experienced by themselves as bisexual/queer (cis)women. This poem is grasping at language to describe a way of experiencing, doing and exploring sexuality that was never given to us as dominant—and therefore expected or acceptable—ways of being.

This poem seeks to challenge and disrupt dominant heteronormative and monosexist narratives. Within Western culture, plurisexual identities (those that are not based on attraction to one (cis)gender; see Gonzalez et al., 2017) continue to be oppressed in multiple ways , from overt discrimination to insidious forms of silencing through cultural and social formations (Obradors-Campos 2011, 224). Both authors found their experience of sexuality constrained and erased within their social context during childhood, adolescence, and young adulthood. For Urry, heterosexuality was the expected norm, with no other options for experiencing or expressing sexuality made available. Pearce was also exposed to heteronormativity but, conversely, a kind of homonormative expectation pervaded within her family unit. From a position of both privilege (passing) and erasure, we have felt both safe and frustrated in being read as heterosexual, or as lesbian, but never read as neither.

This poem experiments with collaborative writing to create an egalitarian and somewhat seamless expression of experience. In translating the poem from the performative to the written, we experimented with different ways of both representing and disguising the two voices on the page. The interlaced voices of this poem open a dialogue between two experiences of queerness comprising points of both similarly and contrast. The poem is thus an expression of tension, both between these two intertwined narratives, because no two subjectivities are ever the same, and between complex narratives such as these and the dominant monosexist discourses that reproduce dichotomous understandings of sexual and gender identity (Gonzalez et al., 2017).

We draw on Jack Halberstam’s concept of queer time—a temporality which develops “in opposition to the institutions of family, heterosexuality, and reproduction” (12)—as we negotiate and elucidate the processes by which queer identity is formed and constrained. We use queer time, in the form of temporal disruptions and dislocations, to explore how the experiences through which we learn about, explore, and connect with sexuality—particularly sexualities that do not fit mononormative narratives—are not linear but continue to shape our experience of sexuality as it unfolds through our everyday experiences and (re)production of self.

According to Halberstam, one reason why ‘queerness’ becomes so compelling as a self-descriptor is its “potential to open up new life narratives” (13). Moreover, ‘queer’ is inherently ambiguous, resisting dichotomous and fixed understandings of sexuality (Sullivan, 2003) and signalling dis-identification from as much as it is identification with (see Patton, 2008). In a social context dominated by mononormative narratives of sexuality, this poem assumes critical significance in its expression of outside, marginalised narratives. The poem strives for visibility for bisexual/queer (cis)women and thereby seeks to redress the symbolic violence of being silenced, dismissed, and excluded from the mononormative every day.

The interlaced narratives of this poem multiply as they come together. Repeated lines mimic the unison used when this poem is performed live. The voices speak (back) to one another, validating each other’s experience through the ever-increasing echo. In speaking and giving language to these experiences, these layered voices also offer validation to other people whose experience of sexuality has not and does not fit mononormative expectations; we thus build up and contribute to the formation of alternative narratives.

Back to Space and Place