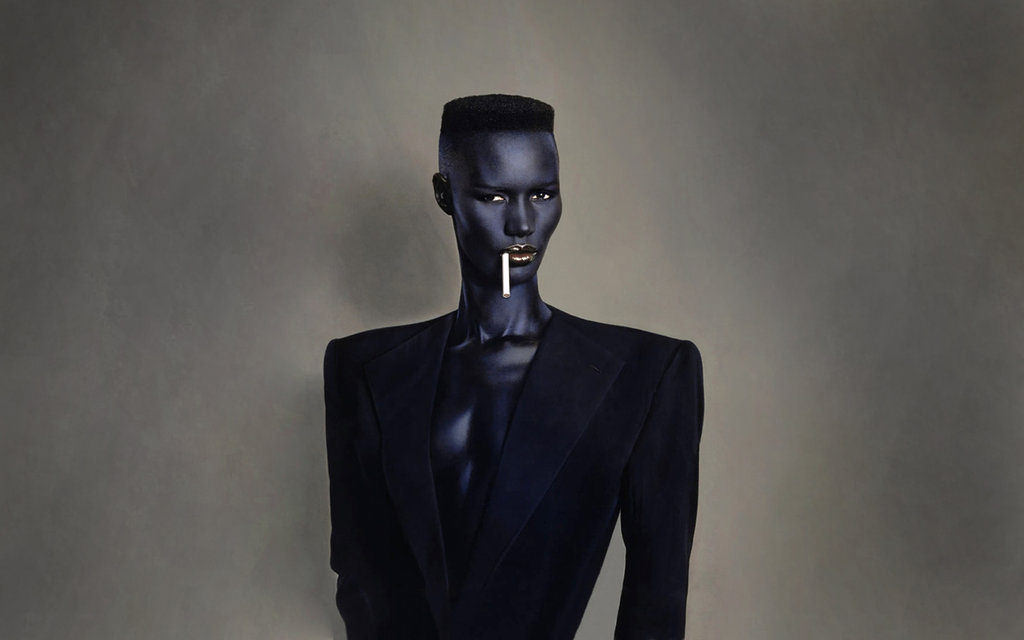 This special issue of Writing from Below looks broadly at a range of political and theoretical positions within and across critiques of masculinity in contemporary gender studies and queer theory. We explore and interrogate queer and non-normative masculinities—the diversity of masculinities, the disruption of traditional hegemonic heterosexual masculinity, non-hegemonic masculinities, maleness and the masculine written and rewritten from below, reconfigurations of the expression or performance of masculinity as a biological, social, or cultural given.

“What’s the use of being a little boy if you are going to grow up to be a man?”

Many styles, expressions, and experiences of masculinity have historically existed, exist in the present, and will exist in the future.  Perhaps we are, always already, trans-masculine. To be trans-masculine is to be across masculinity, manliness, and maleness, to be across and between and (up) against these various social expressions, to inhabit traditional, typically toxic hegemonic heterosexual, heteronormative masculinity in a certain way in order to stage its critique and disruption. To queer masculinity is to traverse masculinities, to travel through and between and across the fullest spectrum of potential masculinities and masculine potentialities, “a continuing moment, movement, motive-recurrent, eddying, troublant” (Sedgwick 1993, xii), to transition towards but always away from traditional notions of masculinity as such. This special issue of Writing from Below looks broadly at a range of political and theoretical positions within and across critiques of masculinity in contemporary gender studies and queer theory. We explore and interrogate queer and non-normative masculinities—the diversity of masculinities, the disruption of traditional hegemonic heterosexual masculinity, non-hegemonic masculinities, maleness and the masculine written and rewritten from below; reconfigurations of the expression or performance of masculinity as a biological, social, or cultural given.

Academic consideration of men and masculinity traditionally found a home in sociology departments: early work focused on defining traits and behaviours of heterosexual men, the positive and negative consequences of masculine experiences, models or myths of masculinity, and masculinity as a particular element of a patriarchally inscribed system. Later, influenced by poststructuralist and postmodernist theories, we interrogated masculinity as social praxis, as performativity, as “engenderment” independent of biological gender or hegemonic gender socialisation, and as sexual orientation. We located and interrogated masculinity in power matrices (such as discursive structures and gendered public and private hegemonies, and the metanarrative of the binary opposition model of the modern Western medico-judicial scene), and interrogated the discursive generation of “men” as a social and political category. Poststructuralist, and later queer, theories made male bodies visible as both subject and object, as well as ripe for rich new inquiry into the ontology of maleness and the epistemology of masculinities, and we pursued a materialist route in which sexual orientation dominated, and gay (male) studies typically examined the “gayness” of middle-class white gay men—the hegemonic heteronormative masculine assumptions of gay white men were only rarely challenged in ethnographic studies of homosexuality or of non-whites.

With the development of gender, sexuality, and diversity studies as a discrete discipline over the past 30 years, there has emerged a new focus on constructions and critiques of maleness, manliness, and masculinity. The scholarly discourse on queer masculinities, both within and outside the field of gender studies, has grown exponentially: Eve Kosofsky Sedgwick’s work on heteronormativity and homosocial desire (1985, 1990) continues to exert an enormous influence over the field; we find the first convergence of men’s studies and gay (male) studies in Gay Masculinities (Nardi 1999); and the work of Raewyn Connell (1995) and Judith Butler (1993, 1999) are key studies that began to open the fissure between biological bodies and inscribed bodies, biological gender and engenderment, and, of concern to us here, maleness and masculinity. The first complete theoretical break between masculinity and maleness is finally articulated in Judith Halberstam’s Female Masculinity (1998).  Queer masculinities begin as, and are still often interpreted as, (the performativity of) gay male butchness or hypermasculinity—of the leather man, the 1970s clone, the bear phenomenon, the butch-femme dyad, faggotry, effeminacy, butchness, daddy dykes, and drag kings. Biological and body image questions, groundings in the material world, are raised by the problematised signifying of masculinity-as-maleness in female-to-male transgendered people (FTMs), transmen, transbears, trans-masculine. Today, queerly de-centered subjects are dispersing in radical, new, hitherto unheard of directions, and marginalized others are creating their own public voices in which to communicate sex and gender, and queerness. Many straight men experience and demonstrate “queer masculinity,” defined here as ways of being masculine outside hetero-normative constructions of masculinity that disrupt, or have the potential to disrupt, traditional images of the hegemonic heterosexual masculine. Most recently, stemming from the convergence of masculinity studies and queer theory, the discourse turns towards an awareness of its own failures to adequately interrogate on the one hand heteronormativity and other normative contours of masculinity which it threatens to reproduce, and on the other to think beyond an especially Western, white, privileged conceptions of maleness, manliness, and masculinity. Today, the study of masculinity finally expands to consider other factors such as social class, race and ethnicity, and the overdue recognition of non-Western and in particular non-American cultural contexts, histories, and practices.

We begin with two critical and creative works which interrogate and complicate the very notion of a masculine identity, Urszula Dawkins’ “Field Work, Prospekt: Femme—Butch in the Arctic Landscape” draws parallels between desire for the butch and the liminal spaces of Europe’s remote north, exploring both the differences and the alignments that fire the femme-butch dynamic, an endlessly and pleasurably irresolvable tension complication relations between body, gender, and landscape. Willo Drummond’s poem “Moon Wrasse” interrogates the experience of trans-partners—in particular the experience of lesbian/bi/queer partners who now find their identity redefined, rewritten. How do you speak your experience of an emerging masculinity that is not your own?

Then, Anne Fox-Thomas’s essay “Waifs and Warrior Princesses” confronts issues of gender, heteronormativity, and female masculinities in the discourse of Western gym-based group fitness classes, seeking to understand if and how such gym cultures may serve as sites for troubling gender norms—remaking gender in wider, wilder, more livable ways. Nikolas Dickerson’s evocative auto-ethnographic contribution “Skating While Black” illuminates how the sport of hockey can work to (re)construct understandings of race and masculinity, carving out the ways he is read as a black male within the space of hockey, while at the same time re-constructing his own identity as a black male through the writing process. And Kate Rose Hanzalik’s dramatic essay “David Foster Wallace’s Disappearance” interrogates the takeover of disciplinary power: set within Foucault’s revision of the Benthamite panopticon via Foucault, the piece maps the agency of a fictionalised Wallace forced to perform the role of a docile body, and questions how and to what extent authoring might function as a means of escape or reclamation of power. We feature some powerful works of fiction interrogating masculinity via issues of fatherhood: Ross Watkins’ short story “Moments of a Limited Kind” explores expressions of masculinity, particularly in relation to fatherhood; Joshua Smith’s poem “Lines Composed on a Downtown Jazz Bar in Chicago; 3.25.2015, Time Unknown” expresses the emotional and intellectual state of the writer as he processes the sensations of jazz, and attempts to understand the relationship between fathers and sons, biological or not.

Finally, we present a trio of papers interrogating the problematics of mainstream literary and cultural representations of males and masculinity. Oren Segal’s essay “House of Bondage” situates Yossi Avni’s 1998 novella Hahakham (The Wise) as one of the first examples of homonationalism in Israeli culture. By interrogating its normalising homonormative agenda, Segal shows how the novella problematically advocates a return to the old Zionist ethno-territorial principle opposed to the growing popularity of pro-diasporic discourse at the time, and reinforces existing discriminatory discourses that limit the political and rhetorical strategies available to marginalized LGBTIQ subjects. Arjun Rajhkowa’s extensive essay “Cultural Critique after Nirbhaya” interrogates three aspects of mainstream Indian and international media commentary surrounding a 2012 Delhi rape case. Rajhkowa’s piece explores the different ways in which print and online media in India addressed links between masculinity, culture, misogyny, and violence against women; foreign media commentary on the case, and the fissures and conflicts that emerged therein; and the diffidence and antagonism in Indian politicians’ and media commentators’ criticisms of the BBC documentary India’s Daughter. All these elements demonstrate the usefulness of such critique, and the importance of contending with a social problem in all its complexity, without undermining productive modes of analysis. Finally, incorporating a ficto-critical play script, Jack Migdalek’s essay “Testosterone Kisses” examines representations of male-to-male non-violent physical contact. With reference to kisses that are performed and projected in mainstream media, Migdalek raises questions concerning differences between socially acceptable and taboo behaviours for straight and gay individuals who present as being male, and considers ways in which embodiment between individuals which transgresses norms of behaviour—in media, and in the everyday—might come to be accepted as unproblematic.

Sedgwick, E. K. (1990). The Epistemology of the Closet. Berkeley and Los Angeles: University of California Press.